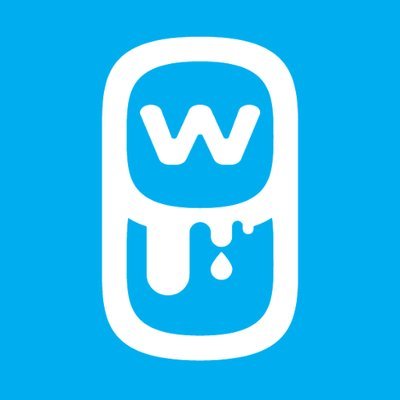 Posted by Wastebits Staff in News & Articles
Posted on May 12, 2021

Artificial intelligence and machine learning might seem strange partners to waste collection, recycling and management. But as we’ll see, AI for waste is a growing sector. There are companies setting up smart bins, smart dumps and smart cities, aimed at cutting the amount of trash we actually throw away and improving our currently abysmal recycling rates.

Outside the world of consumer-level recycling and waste disposal, AI is less well-developed but the rewards from logistics improvement are even better (as we know from our own experience). There are efforts to build AI into waste stream management at the strategic level, though they’re in their infancy.

In the future, as waste streams become integrated into supply chains, we can expect to see waste management AI and supply chain AI working together to optimize the new circular economy.

Here’s where we are today, though:

Why AI in waste management?

Managing waste is similar to managing supply chains; multiple, complex and time-dependent flows need to be linked up in the most efficient way. It requires a high-level overview combined with granular tracking and up-to-date information about network participants.

All of those characteristics make AI a perfect fit for waste management; right now, managing these types of complex flows is where AI excels.

AI is already being utilized in supply chain management; it’s principally being used to improve scheduling and planning, improve visibility, accelerate manufacturing and distribution and facilitate more intelligent decision-making. All of this is relevant to waste management now; in the future, as waste streams and supply chains increasingly become synonymous in a circular economy geared to reducing waste radically, the similarities and overlaps will only become greater.

Waste management companies aren’t blind to this, and AI adoption in the industry has picked up in recent years as the use cases for AI applications in waste have become clearer.

Increasingly, waste is a resource, for several reasons.

Regulation makes proper disposal of waste important if you want to avoid major financial and other penalties.

Right now, improper disposal of waste in the United States can carry serious penalties; dispose of hazardous waste without a permit and you could get 5 years in jail or a $50,000 fine — per violation, per day. A complex structure of statutory and administrative requirements forces the creation of a waste industry; no one can just dump DDT off the California coast anymore.

Even if the waste you create isn’t hazardous in any way, it still has to be disposed of correctly and there are still penalties for getting it wrong.

In addition, all US waste producers — and entities responsible for waste, like city governments — began paying a penalty of sorts, when China enacted stricter recycling regulations. Now, the nation that once bought and processed over half the developed world’s waste refuses to take it.

Some US cities found it cheaper to send waste to the dump. But that’s going to change as US environmental laws get stricter. And in the meantime waste producers need to find another way to deal with materials that conventionally get recycled, like plastics, and those that — until recently — were regarded as fit candidates only for landfill or incineration.

The other reason will have much wider-ranging ramifications: there’s less ‘waste’ and more focus on tying waste streams and supply chains into each other. Partly that’s because of increasing regulation aimed at the creation of a circular economy. That regulation seeks to ‘internalize externalities’ — make companies, industries and individuals pay the previously unseen price of cleanup or environmental degradation.

It’s also sometimes because the waste is valuable in and of itself. Think of computer waste; IBM 486 PCs aren’t worth much more than the equivalent size of brick, as a computer; but they contain just as much gold as a more modern machine, and manufacturers have to get their gold, silver, copper, and rare earth metals from somewhere.

Traditionally those locations are mines, but mining is increasingly costly, inefficient and bad for a company’s public image. At the same time as copper mines turn to risky chemical leaching to extract copper from ore that’s declined in quality by 25% in just the last ten years, electronics manufacturers know that a much richer source of copper — outdated, ‘waste’ electronics — is piling up virtually on their doorsteps.

Academics, mining companies and metals processing plants have all experimented with ‘mining’ e-waste. In Skellefteå, in Sweden, the longstanding Bolliden mining and smelting company smelted 88,000 tons of e-waste derived from trashed European circuit boards, extracting gold, silver and copper just as if they were traditional ores.

This will increasingly mean one company’s waste stream is another company’s supply chain, exponentially complicating the logistics of resource transfer while leaving clearly definable goals — efficiency, profitability — that can easily be measured and optimized. And from traffic flows around cities to email headers for marketing, complex logistics with definable goals describes the ideal use case for AI.

One of the first use cases for AI is smart recycling. Recycling is dogged by issues to do with sorting; companies don’t always make packaging out of a single material, but many materials cannot be recycled together. Counterintuitively, it’s actually better to not recycle at all than to inaccurately sort your recycling. Just one person sorting carelessly can divert tons of recycling to landfills.

So what is the solution?

AI-assisted sorting can help. Startup GreyParrot aims to improve recycling outcomes using visual recognition and robotics allied to AI to sort recycling. Traditional machinery isn’t able to match the accuracy of AI-enabled visual recognition, which might explain why just 1% of the recyclable waste stream is audited and tracked. GreyParrot says its technology can make that 100%, by creating a sorting system that’s automated, scaleable, economic and item-agnostic. If GreyParrot has seen it before, in theory at least, it can sort it.

But visual sorting like this has weaknesses. Visual sorters can’t work with black plastic, for instance. They typically struggle with items that look similar but aren’t — like telling a plastic from a paper coffee cup.

MIT Computer Science and Artificial Intelligence Ph.D. student Lillian Chin has one solution: a robotic gripper with haptic sensing that discerns between different types of waste by comparing density to bulk and magnetic effect.

Currently, it’s 63% accurate on moving objects, so it’s an incomplete solution now, but watch this space; in the meantime it can be integrated with legacy systems to reduce working hazards and improve efficiency.

Less ambitious, but already up and running, is the Korean city of Songdo’s RFID-enabled AI sorting and recycling. RFID stands for Radio Frequency IDentification, and it’s the tool that makes tappable credit cards and a host of other modern conveniences work. It can also be a replacement for conventional barcodes, with the advantage that it can convey more information more easily.

Songdo is both a regional center for RFID production, and a ‘giant test bed’ experiment in using RFIDs for nearly everything, including identifying both products and people.

Because they’re used in lieu of barcodes, RFIDs can be used to sort trash as it’s thrown away. But the system used in Songdo isn’t applicable to the wider world, or at least, not without serious modification.

Songdo doesn’t have municipal garbage collection; instead, pneumatic pipes run from each home kitchen to centralized waste sorting stations where RFID tagging is used to sort and monitor recycling. If you happen not to live in a city that was built wholesale as a kind of social and technological experiment, you’re probably going to need another solution — though automatic waste collection solutions are coming to other cities too.

For those of us who don’t live in Songdo, smart bins might be the answer. Currently, intelligent bins equipped with IoT sensors report back to a central server about their fullness, letting AI map out the most efficient collection routes and timetables. Computer vision-equipped bins backed by AI, like the system developed by Bin.e, allow bins to sort trash as it’s thrown in. And as far back as 2012, Finnish startup ZenRobotics began offering AI-enabled robotic waste sorting; they currently sort municipal, home, metal and construction wastes.

But there’s a sector growing up around these requirements too. Companies like Sensoneo combine asset management, waste monitoring and route planning, and claim to deliver 30% waste collection reduction costs. One day, the average city will have city-wide public sector AI waste management. And the average business will be using the industry-standard private sector AI waste management tool. All these tools will have to learn to work in sync to stitch waste management together efficiently. But that’s the future. For now, we have a mixed bag of local solutions and experimentation.

Changes in recycling, storage and disposal methodologies, from plastics recycling to e-waste remining will leave waste companies looking for a competitive edge, and where complexity must be optimized for efficiency, machine learning is going to step in sooner or later. Expect to see AI-enabled waste management systems becoming standard within a few years at most.

Waste management AI is currently mainly focused on the easy wins: dealing with how waste enters the conventional recycling process, which is itself unsustainable. But this is mainly a testing ground. Once AI has proved its worth in waste management at a local scale or in the early stages of recycling, we can expect to see AI-plus-IoT systems rolled out inside major corporations and local governments. They’ll be aiming for internal efficiency gains, but the major focus will be suturing together supply chains and waste streams — turning waste as far as possible into a profit center rather than merely saving money.